Unique to the Exiles, the Breacher is an explosives expert that helps you get the biggest bang from your grenades and rockets. The Breacher can carry up to eight grenades or C4, each of which pack a 10% larger blast radius.

The Breacher really comes into his own in Buried matches, provided you’ve reenlisted. Not only can you carry triple the capacity of grenades and C4, but you’ll be able to inflict greater damage to Vital Points and the enemy HVT. The Breacher’s increased explosive radius also benefits nearby teammates. The actual grenade or C4 needn’t detonate within twenty meters of the Breacher. Rather, any C4 or grenade deployed by a nearby teammate will experience the increased radius, even Proximity Mines placed clear across the map. 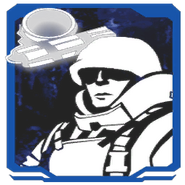 The Breacher Class' icon during development. 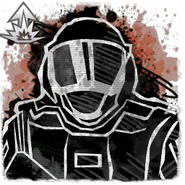