"I know there's a lot of you asking the same question right now: why? There was no reason for any of this."
— The Radio DJ during a broadcast.

Robert Darden (aka Radioman) is the secondary antagonist in Spec Ops: The Line.

Darden was once a journalist for Rolling Stone magazine who focused primarily on "celebrity fluff pieces", but was eventually allowed by Konrad to be embedded with the 33rd. Walker, who described Darden as "the kind of person you didn't want lose in a firefight", knew him from his time in Afghanistan, and did not seem particularly fond of him, stating that he never spoke to Darden. However, Konrad did appreciate him, and kept him along when he took the 33rd to assist with the evacuation of Dubai.

According to tapes found in the game, Darden had confronted some of Dubai's wealthy and powerful men and city officials, trying to expose them for hiding the true danger of the coming storm from the general public.

After the storms hit, however, he began to lose his sanity. Konrad still trusted him and appreciated his company, and Darden himself began to become even more narcissistic. He believed that by setting up speakers all over the ravaged Dubai, he could be like Edward R. Murrow during the London Blitz. While he was egotistical, he seemed sane, refusing to watch as Konrad had looters executed. However, as the hell of Dubai went on, and Konrad killed himself, the Radioman lost his sanity. He continued to blast music through Dubai, but he seemed somewhat detached from reality with no sense of empathy. He gained a sick and inhuman sense of humor, broadcasting jokes about the slaughter of civilians and even the death of 33rd soldiers that were protecting him.

Nevertheless, he was kept in good care by the 33rd for reasons that are not explicitly clear. It is possible that they believed he was an invaluable asset due to his monitoring of Dubai and informing the 33rd of trouble. It is also possible that after Konrad had his command staff executed, the Radioman was the closest thing he had to a second-in-command. Regardless, he effectively became the Damned 33rd's eyes and ears in Dubai, tracking Delta Force since their arrival. He also taunted Delta Force as well as the CIA Grey Fox team about their failures and casualties.

Walker eventually decides to assault the Radioman's tower in order to use his equipment to order an evacuation. After fighting through the 33rd's guards, Delta confronts the Radioman, who remains non-chalant. After he tells Lugo how to use his equipment, Lugo shoots him twice in the chest and once in the head with his beretta. Adams is furious with Lugo for being so brash, while Lugo feels that the Radioman kept the 33rd on their trail the whole time, and would not allow them to walk away alive. Walker uses the Radioman's radio to send a message to Dubai and then destroys the radio station with the mounted gun of the MH-60L DAP. 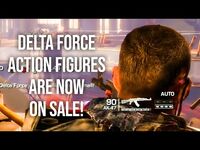 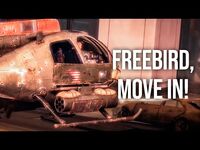 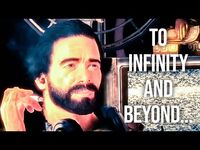 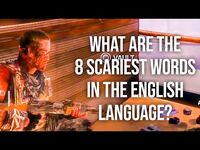 What are the 8 scariest words in the english language? - Spec Ops- The Line (PS3) 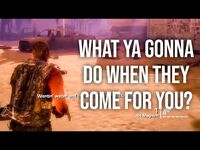 What ya gonna do when they come for you? - Spec Ops- The Line (PS3) 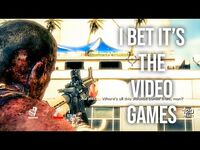 I bet it's the video games. - Spec Ops- The Line (PS3)
Community content is available under CC-BY-SA unless otherwise noted.
Advertisement