John Lugo
Walker (if he wants to)

The TAR-21 is a bullpup assault rifle that appears in Spec Ops: The Line. It is Lugo's primary weapon.

The TAR-21 is not available until right at the end of Chapter 13: Adams. Before going up the stairs and completing the mission, Lugo's TAR-21 lies in a nearby tent, where it can picked up by Walker. As such, there is only one obtainable TAR-21 in the entire campaign. Ammunition for this weapon can only be gained from ammo crates and executions. 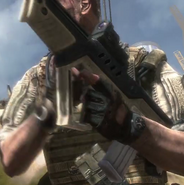 Walker cocking a TAR-21 with a sight attached. 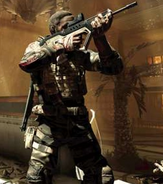 Adams wielding a TAR-21 in an early version of the game. 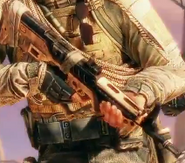